As part of my VSAN Cluster that I’m building, I wanted to dig deeper and test hte LSI Host Bus Adapters. These cards have been used extensively in past few years with storage appliances that migrate the mangement, compute and error handling to the operating system, rather than to use RAID adapters. I have build various storage appliances using Nexenta Community Edition. Even as I speak, my office lab, is using such a Nexenta Community Edition 3.1.5 server, to provide shared storage to my vSphere 5.5 Cluster. I’ve used various LSI Host Bus Adapters in my Nexenta boxes, like the LSI SAS 9207-8i in my recent home storage, or the LSI SAS 9201-16i in my office storage. These are very reliable cards that I highly recommend.

I added an Adapter HD-SAS Cable 2279900-R (Right Angled) to ensure, the cabling fits nicely in the 1U server.

Here is a view of a Cisco UCS 1U server with 1 SSD (Intel S3700) and 3 Seagate Constellation CS 3TB hard drives. I think this kind of server is the right configuration for the VSAN building blocks.

Here is the view of the Storage Adapter in vSphere 5.5 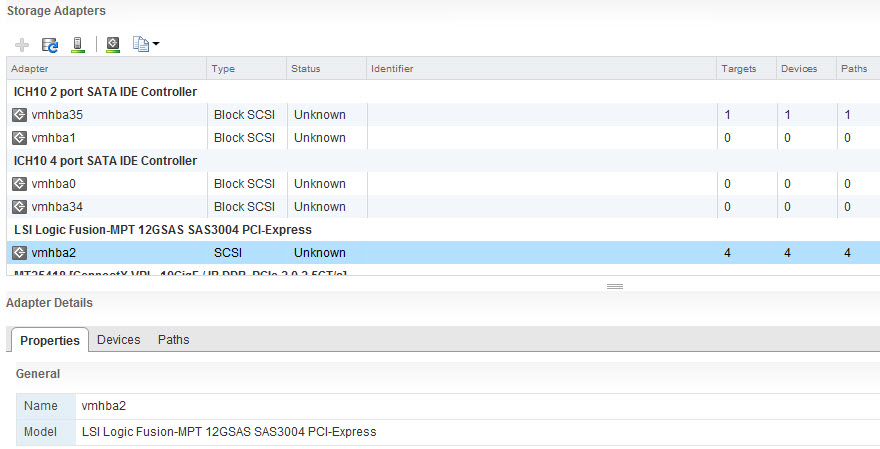 The interesting thing is that the LSI SAS 9300-4i presents the four devices  in the ESXi (esx14.ebk.lab) host with a Transport Protocol “Parallel SCSI“, instead of the expect Block Adapter. 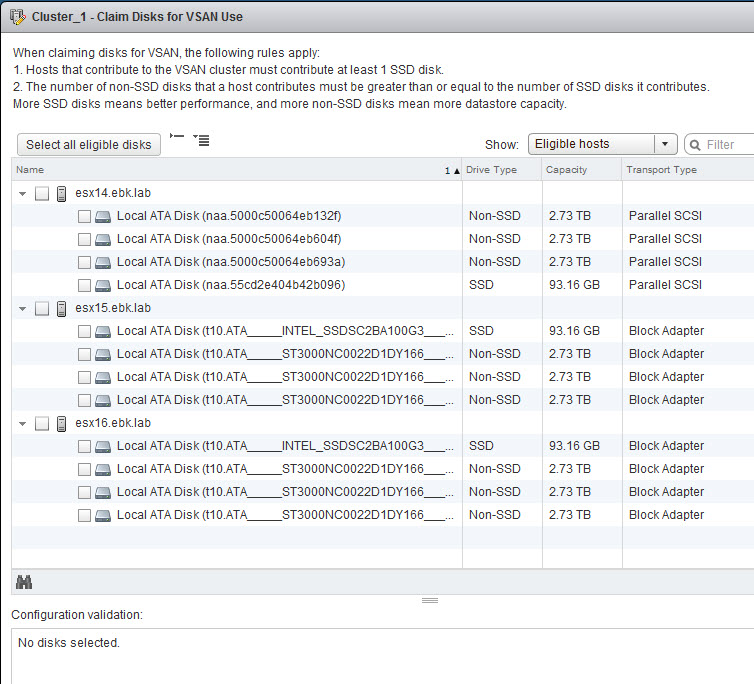 This has not stopped the claiming of the Disks to create a 24.55 TiB VSAN Cluster. 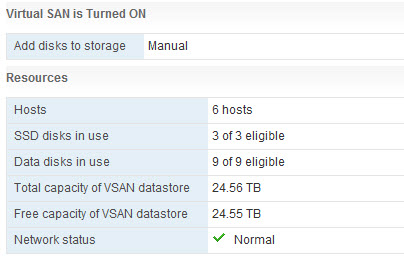 I expect another two LSI SAS 9300-4i by the end of the week, and then I will be able to start some serious VSAN scalability and performance testing (which I can’t publish due to the VSAN Beta agreement)

I’m aware that the Intel S3700 are only 100GB, and are way undersizes by the amount of total storage provided in each hosts, but I just don’t have the budget for 400GB or 800GB Intel S3700. I might test this config at some point with Samsung 840 Pro (512GB) if I see that the VSAN Observer is reporting excessive Congestion or WriteBuffer Fills. It’s going to be interesting.