I’ve had quiet a few questions over the past days about the HP ProLiant ML110 G7. And here are some screenshots aboutabout using Intel VT-d or DirectPath I/O and VMware FT. 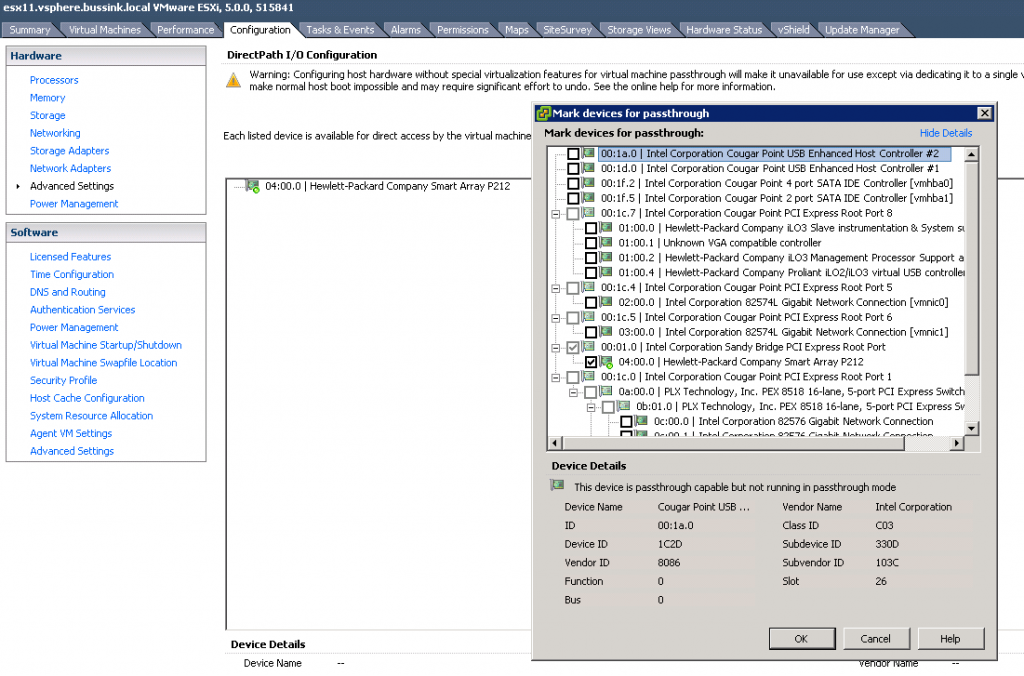 Here is a close up on the SmartArray P212 select for Passthrough mode.

The second question I got a few time is can I also use VMware FT. Yes you can, theIntel E3 Xeon CPU are recent enough to support the Lockstep process of VMware FT. Here is a screenshot of my vShield Manager appliance running with VMware FT protection between two HP Proliant ML110 G7. 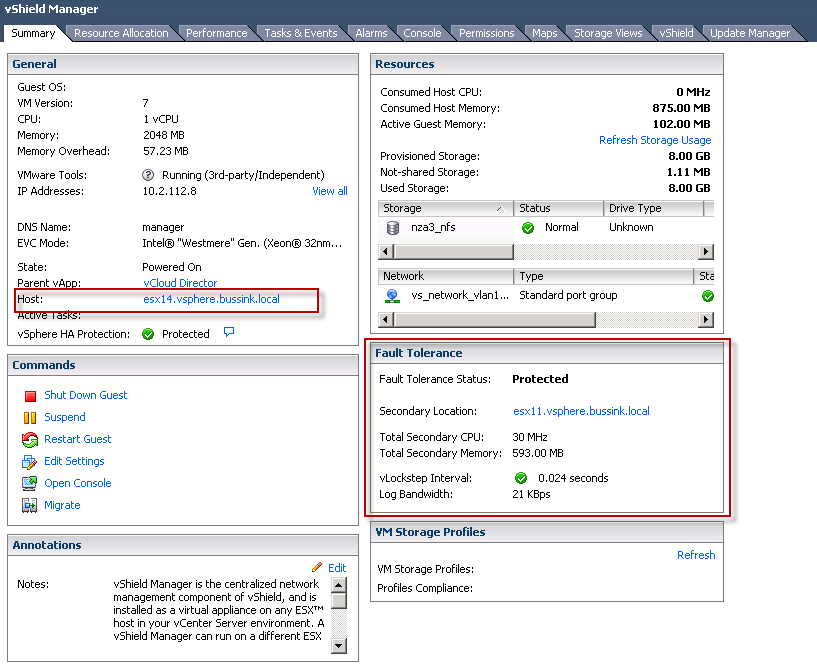 So Just to resume, the HP ProliantML110 G7 is an awesome system for ESXi 5.0 and allows you to use VMware HA & DRS, VMware FT, DirecPath I/O mode (VT-d), VMware Distributed Power Management via the HP iLO3 module.