Here is a resume on how to upgrade the LSI HBA 2308 Chipset on the Supermicro X9SRH-7TF and a LSI SAS2 HBA 9207-8i card to the latest BIOS & Firmware using the UEFI mode. This is applicable to my homelab Supermicro X9SRH-7TF or any other motherboard with UEFI Build-In EFI Shell.

I’ve found that using the UEFI mode to be more practical than the old method of a MSDOS bootable USB key. And this is the way more and more Firmware and BIOS will be released.

Tom and Duncan showed you last week how to upgrade an LSI 9207-4i4e from within VMware vSphere 5.5 CLI. In this article I’m going to show you how to use the UEFI Shell for the upgrade.

Since last week, I have been running the PernixData FVP (Flash Virtualization Platform) 1.5 solution on my two ESXi hosts, and I have found that the LSI HBA 2308 on the motherboard had a tendency to drop all the Drives and SSDs under heavy I/O load. I did upgrade last week the LSI HBA 2308 from the original Phase 14 Firmware to Phase 16, but that didn’t solve the issue.  Unfortunately I have not yet found on the Supermicro Support site, a newer release of the Firmware Phase 18 or BIOS for the embedded adapter.

So I dropped in the box another LSI HBA 9207-8i adapter, which is also based on the LSI 2308 chip. And low and behold, my two LSI adapter seemed to have nearly the exact same Firmware & BIOS.

First you need to head over to the LSI website for the LSI 9207-8I and download a few files to a local computer. For the LSI HBA 9207-8i you can jump to the Software Downloads section. You want to download three files, extract them and put the files on a USB key. 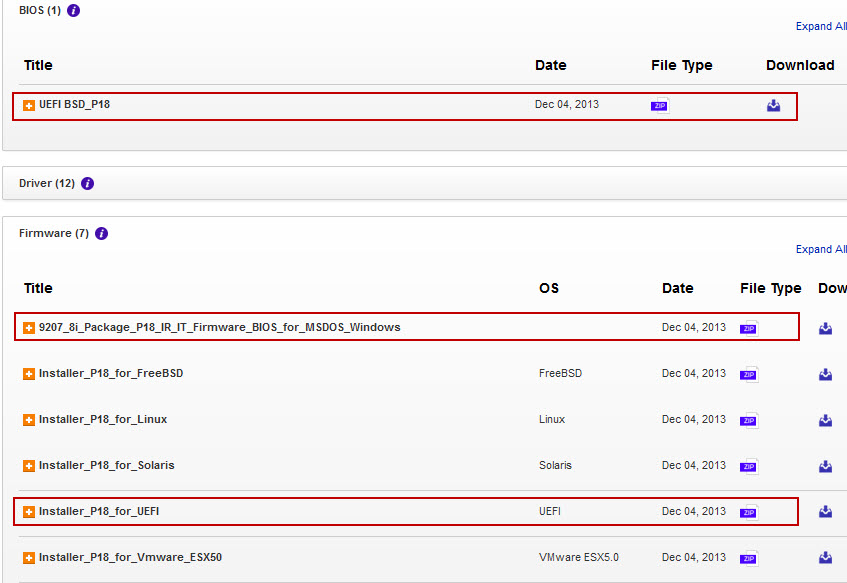 At this point you put all those extracted files mentioned above on a USB key. 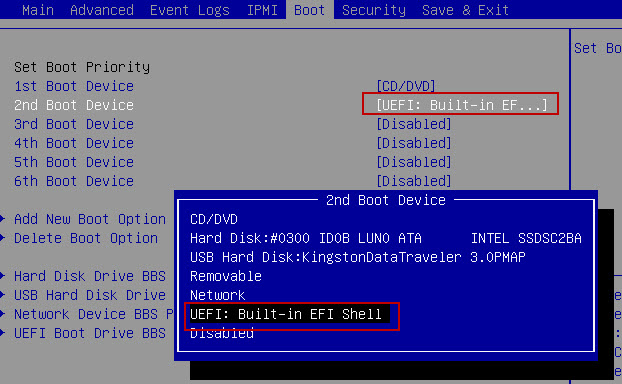 When you reboot also jump into the LSI HBA Adapter to collect the controllers SAS address. Its a 9 digit number you can find on the following interface. Notice that it starts with a 0 on the left of the quote. 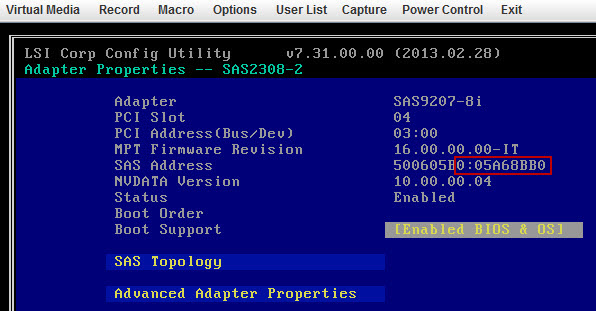 Lets plug in the USB key in the server, and lets boot into the UEFI Build-In EFI Shell.

And lets move over to the USB key. For me the USB key is mapped as fs1: but you could also have a fs0:.  A quick dir command will list the files on the USB key. 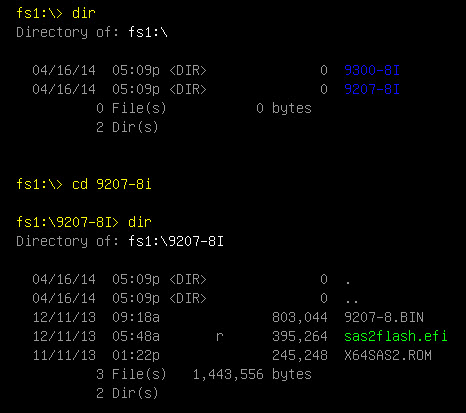 Using the sas2flash.efi -listall command (extracted from the Installer_P18_for_UEFI file) we can list all the local LSI HBA adapters and see the various versions of the Firmware & BIOS.

We can also get more details about a specific card using the sas2flash.efi -c 0 -list 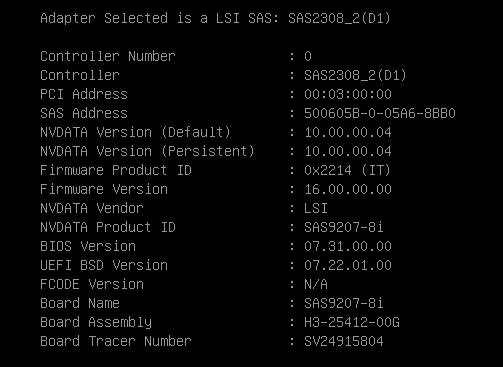 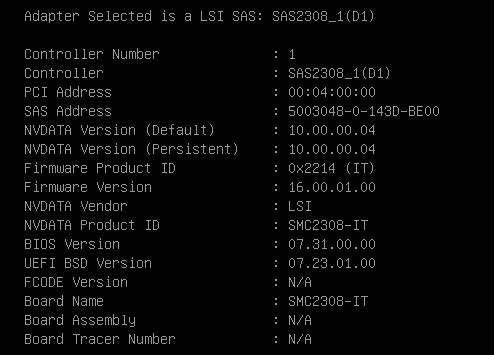 Now lets just upgrade the BIOS with the X64SAS2.ROM file found in the UEFI_BSD_P18 download and the Firmware with the 9207-8.bin that we found in the 9207-8i_Package_P18_IR_IT_Firmware_BIOS_for_MSDOS_Windows file.

As you see, the -c Controller command allows you to specify to which adapter the BIOS and Firmware is upgraded.

Lets have a peak again at just one of the LSI Adapters, the controller 1, which is the embedded one, now seems to have the Board name SAS9207-8i. A bit confusing, but it seemed to have worked. 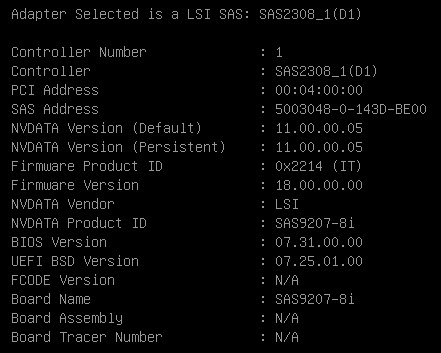 Using the sas2flash.efi -listall command now shows us the new Firmware and BIOS applied to both cards.

Now power-off the server, so the new BIOS & Firmware are properly loaded, and make sure to change back your Boot option in the server BIOS to your USB key or harddrive that contains the vSphere hypervisor. 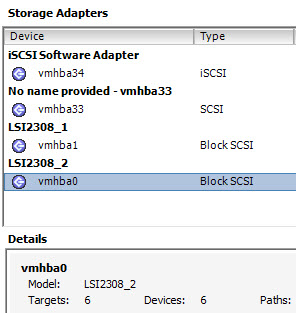