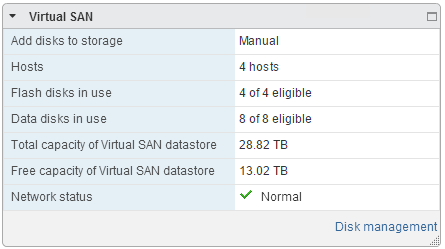 Even running a few large virtual machines on the VSAN Datastore like VDP 6.0 with a 4TB backed disk, I found myself with a lot of spare storage. I’ve invested in the SAS disks (Seagate Enterprise Capacity 4TB SAS 7200rpm) backing the VSAN datastore, so the budget is gone for replacing the aging Synology DS1010+.

I’ve recently studied various reviews on the Synology DS2015xs, but found the CPU a bit lacking to drive the dual 10GbE SFP+ links, and the Synology DS3615xs is a bit expensive. So why not leverage the 10GbE NICs in my management cluster for ultra fast connections, the fast CPUs on my hosts are a nice addition too. The biggest advantage is “cheap” 10GbE file server connections.

Let me show you the goods first. 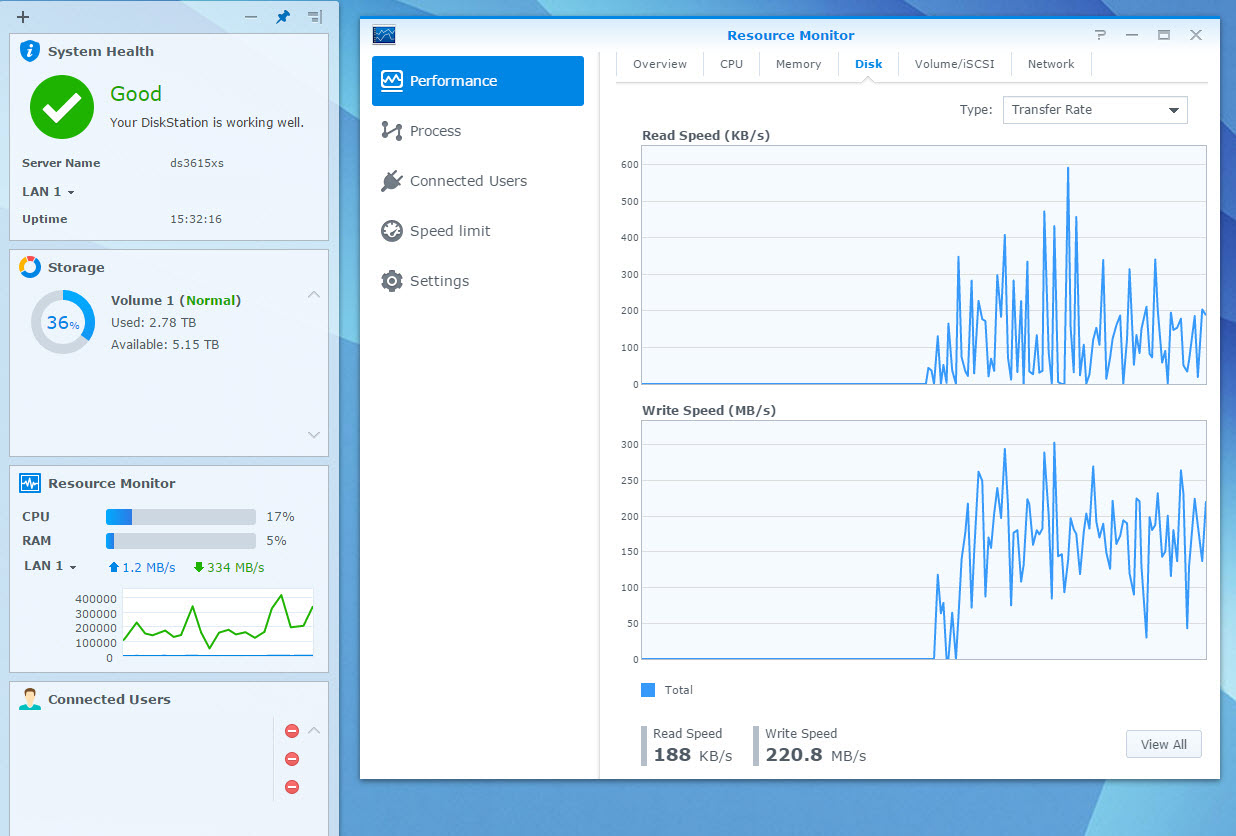 The concept is to create a storage appliance, that leverages the VSAN datastore and its accelerations of read/writes, and provides a flexible structure, where you could increase the storage on an as needed basis, or create a temporary storage while migrating from one Synology to a newer one. All this running on a vSphere host. A concept that a lot of other companies are doing with their Virtual Storage Appliances.

I’m going to use the XPEnology operating system, which is based on the Synology DiskStation Manager (DSM).

There is also a huge forum with lots of contributions and interesting links at the XPEnology forums.

Now I’m going to say upfront, that you will need to upload the XPEnoboot_DS3615xs_5.1-5022.3.vmdk twice in the virtual storage appliance. Once for the initial install, which will format all disks of the appliance (including the boot vmdk), then again to boot the appliance.

We start by creating a new Virtual Machine. 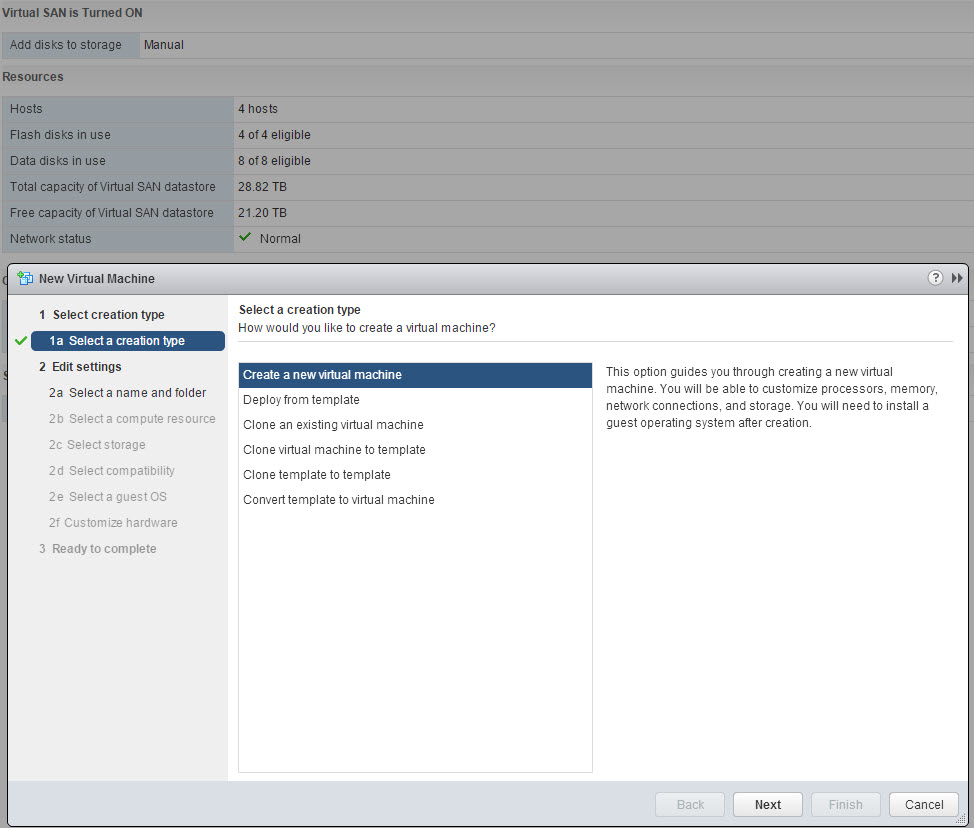 We give it a name and place it in a Cluster. 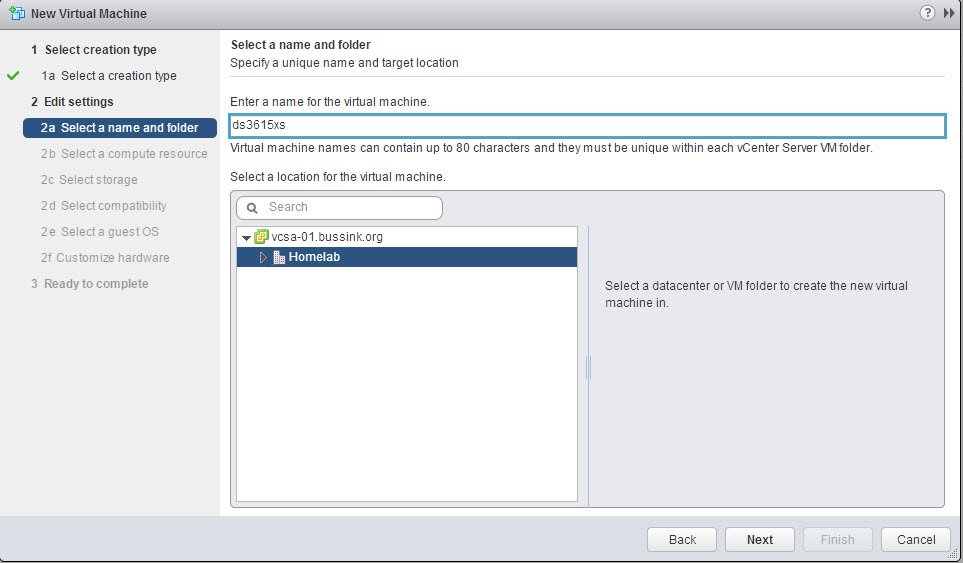 And we store the virtual machine and its configuration files on an existing datastore. I have select my vsanDatastore. 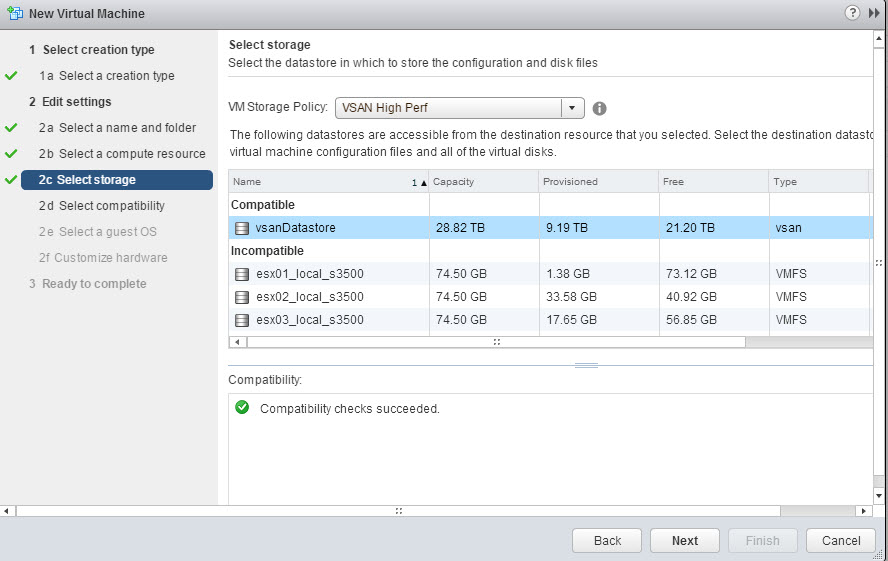 We define the hardware compatibility of the virtual machine and select the Guess OS. We are going to use the Linux Other 3.x Linux (64-bit). 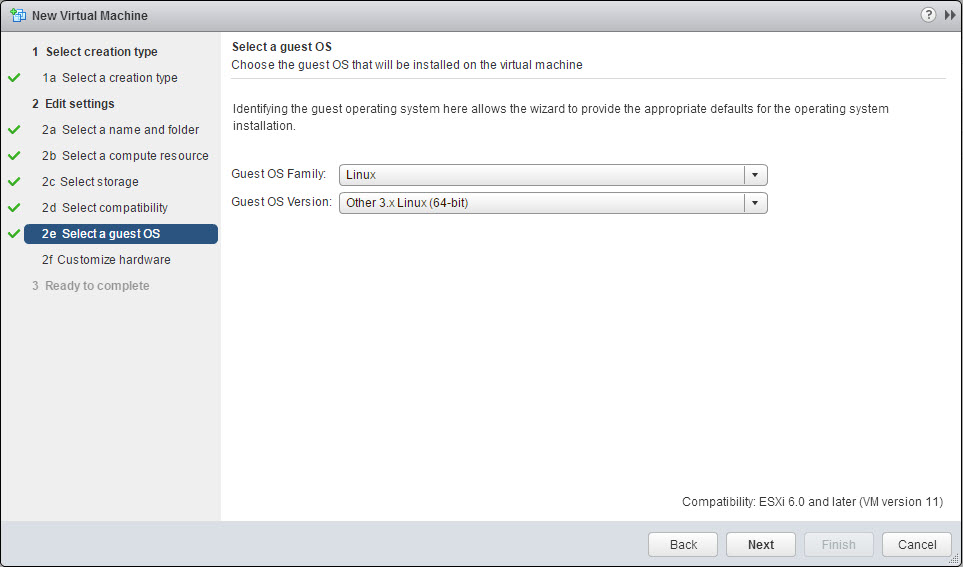 I have selected two CPU and 8GB of memory. Because my appliance won’t do any software RAID, 2 vCPU is more than enough. 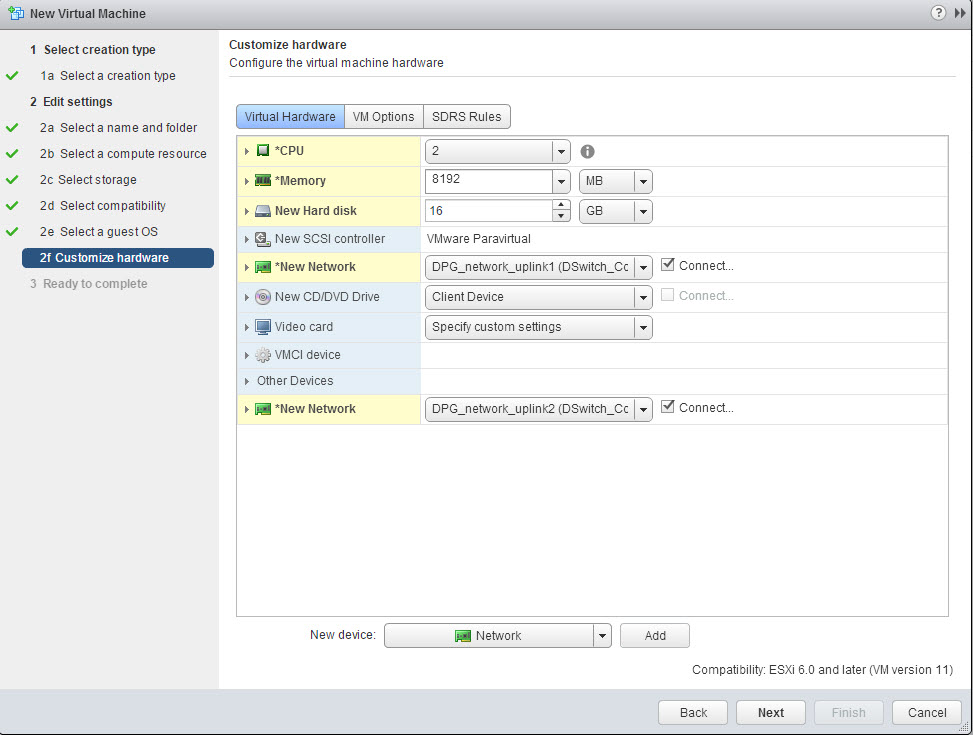 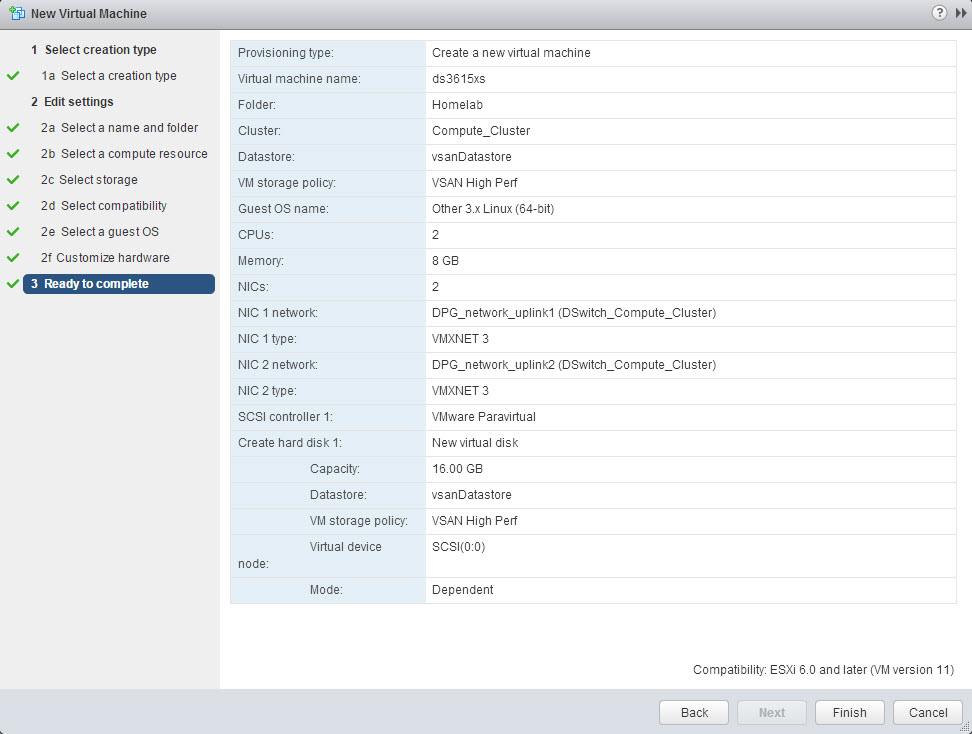 We can now go back into the appliance and edit it. We remove the boot disk, and erase it from the disk. (Yeah missing screenshot of this step).

We then use the datastore browser to upload for the first time the XPEnoboot_DS3615xs_5-1-5022.3.vmdk in the appliance folder. 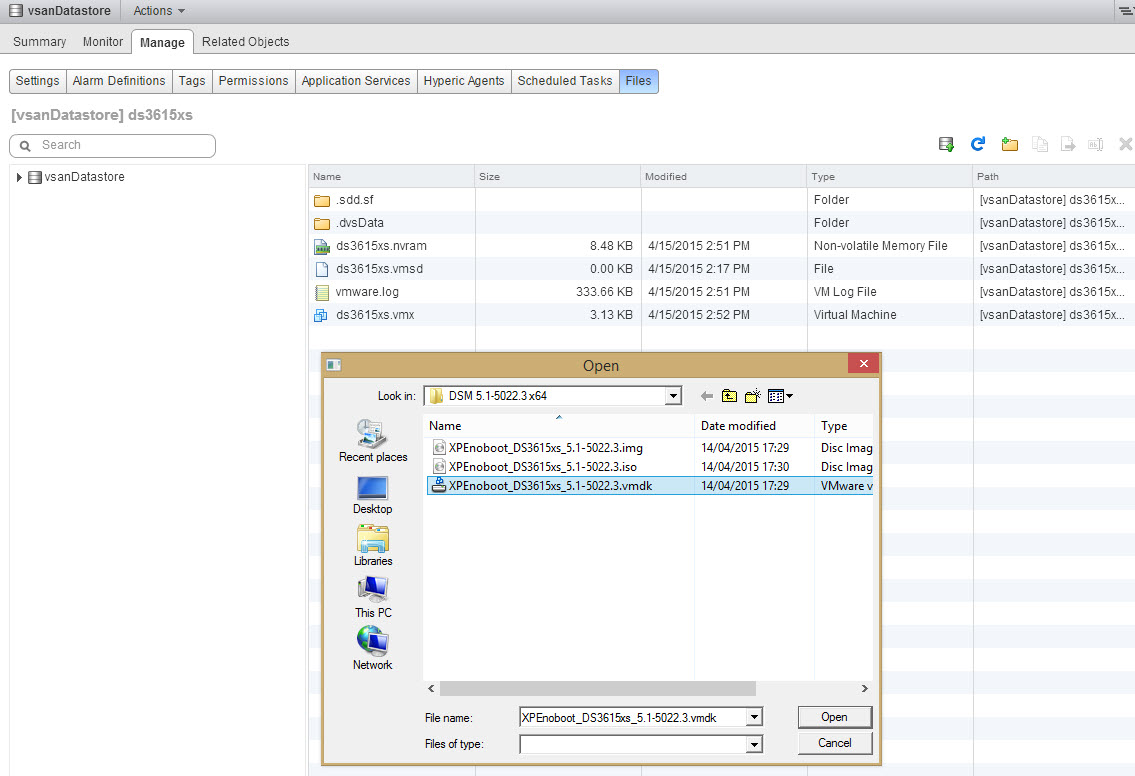 And we add this existing virtual disk to the appliance 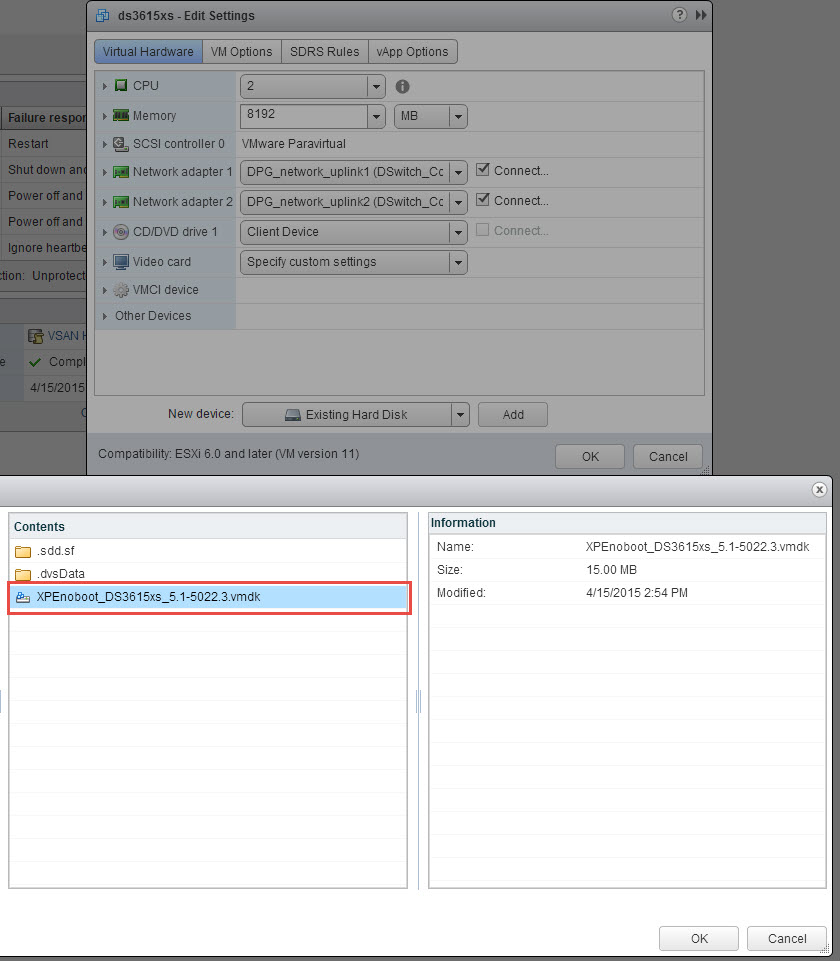 The new boot disk is attached as an IDE disk on port IDE(0:0) 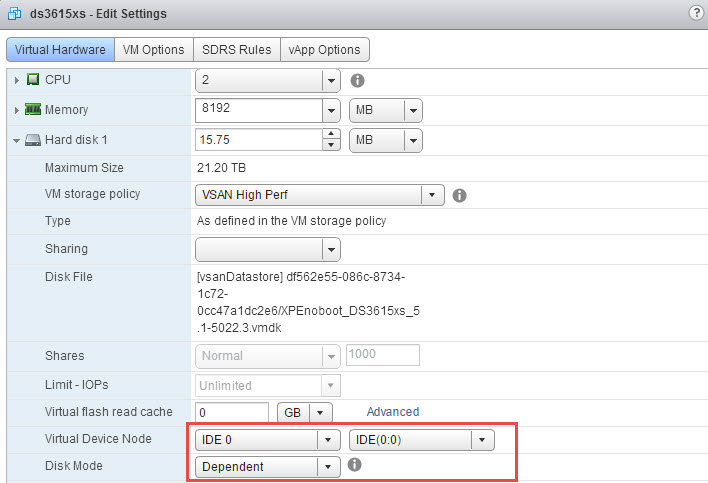 In the following screenshot, I’m adding the main disk to the storage appliance. I’m creating a 8TB (or 8192GB) virtual disk, and select my VSAN Storage Base Polci “VSAN High Perf”.  The “VSAN High Perf” is defined as a Number of failures to tolerate of 1, and Number of disk stripes per object at 2.

Now you can start the appliance. Look closely at the IP addresses of the appliance and the MAC addresses. You want to start configuring the IP Addresses later on the proper NIC. 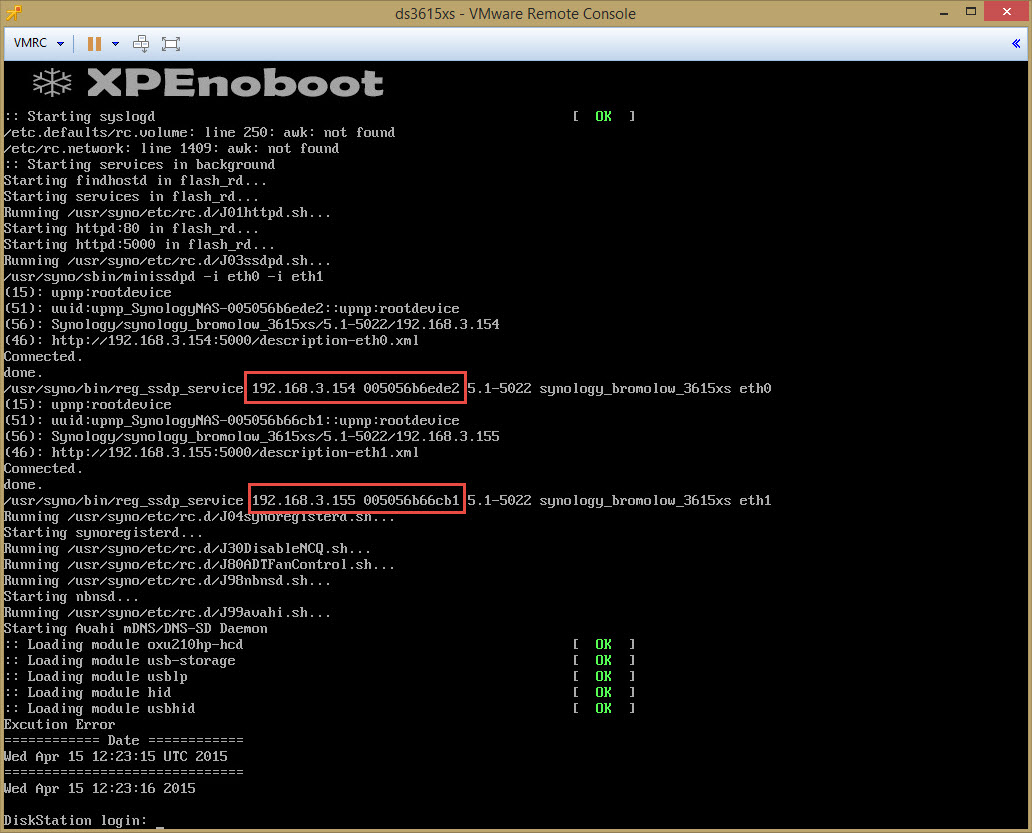 Using the Synology Assistant you can now see your appliance appear on the network.

Use your browser and aim it to the IP address shown in the Synology Assistant to do the initial install. 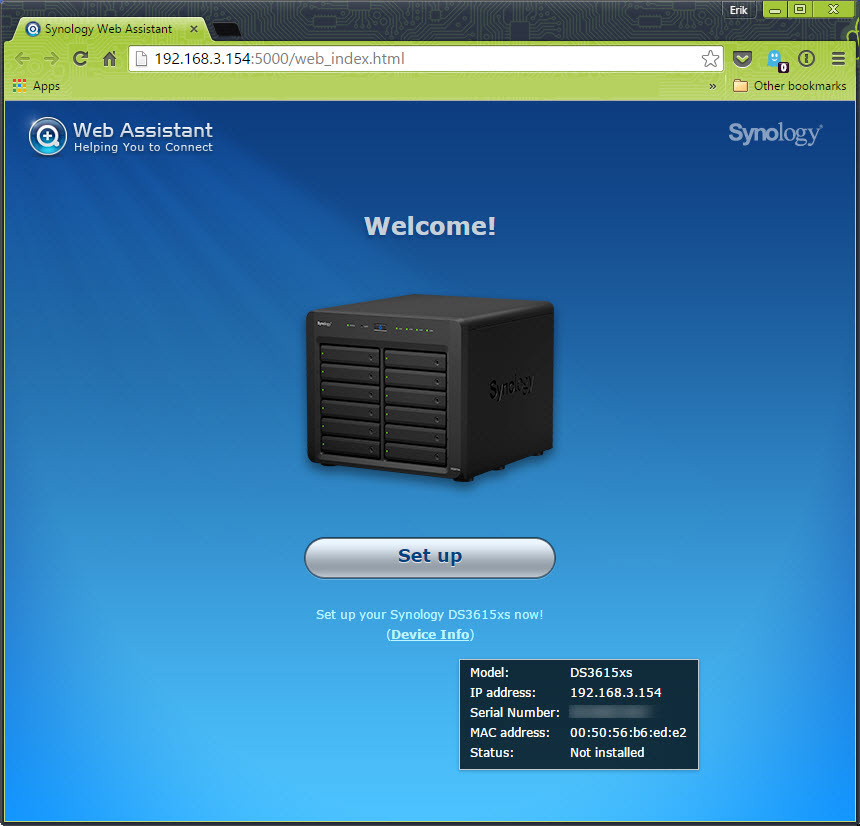 We are installing the DSM using the Manual install. 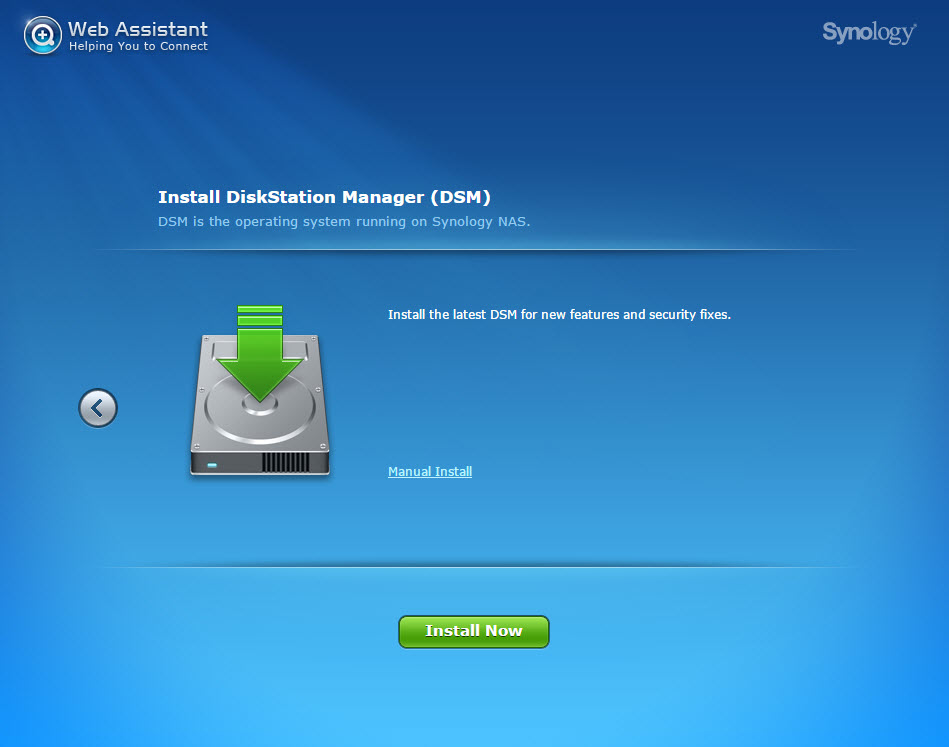 Here you upload the DSM 5.1-5022 pattern file that you retrieved from the Synology download center in the DS3615xs selection. 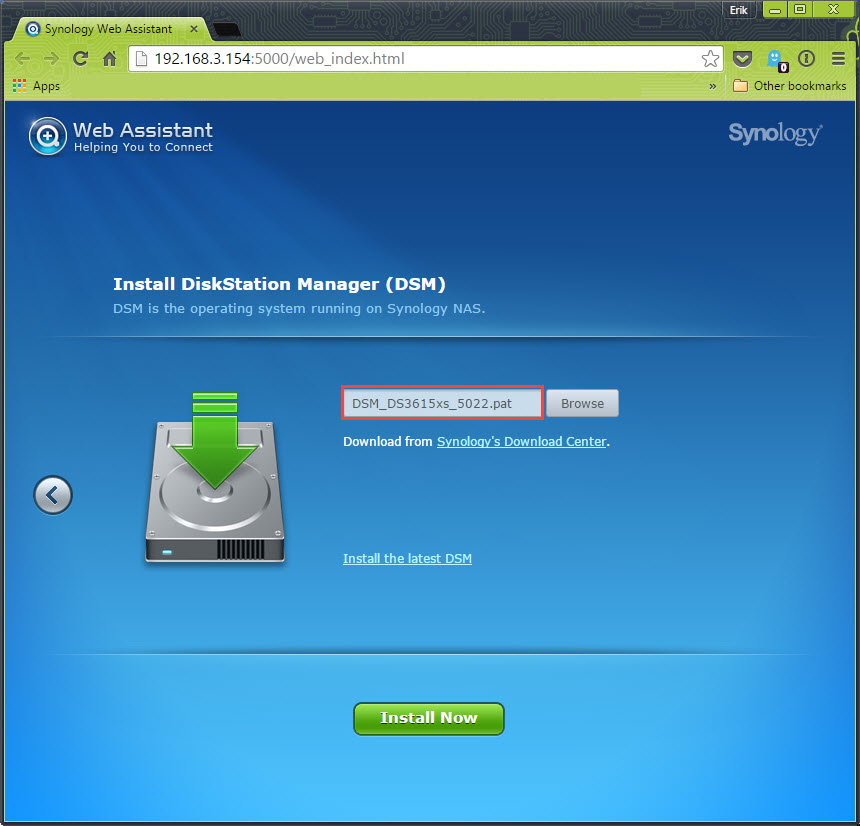 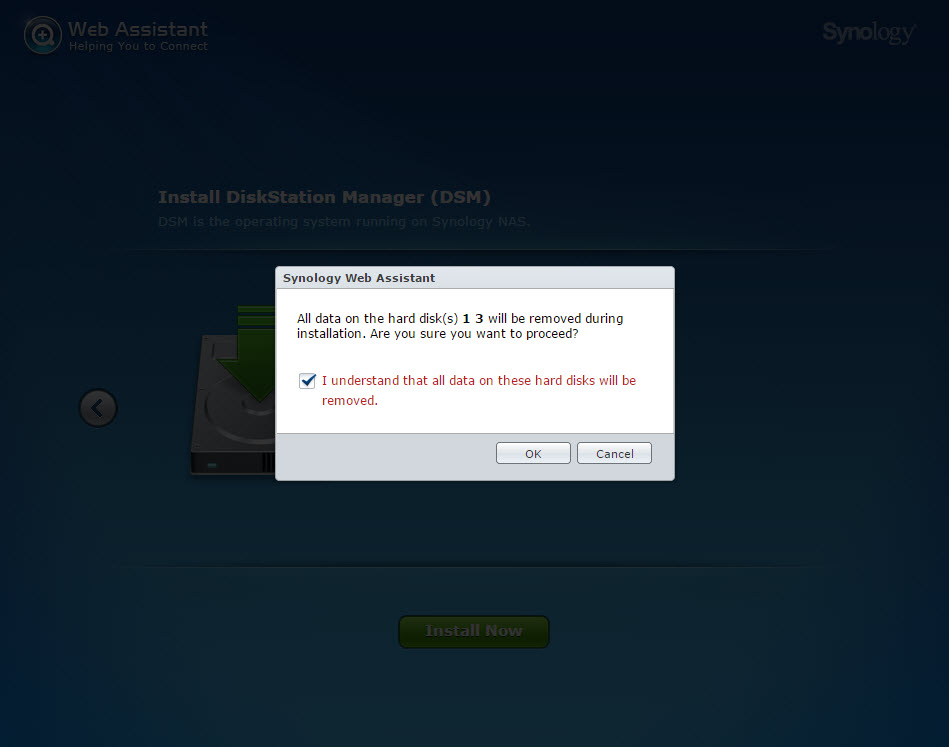 Accordingly the expected behavior now, is that the boot disk is wiped and won’t boot. 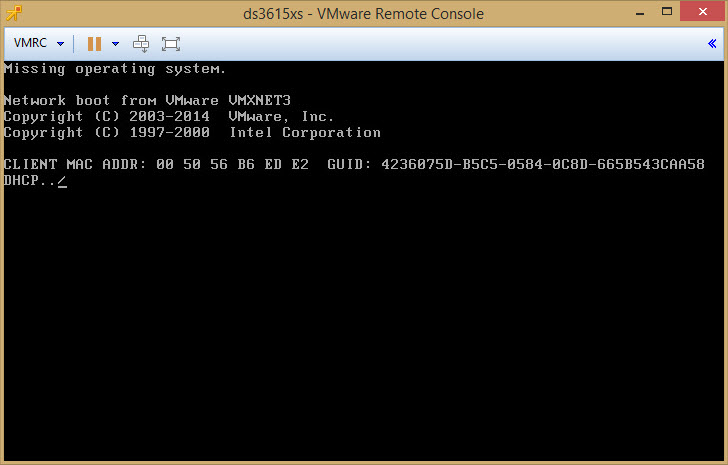 Stop the appliance, and using the Datastore browser, you go erase the XPenoboot disk. Upload again for the 2nd time the XPEnoboot_DS3615xs_5.1-5022-3.vmdk in the folder.

You can now restart the appliance. You will notice that the 2nd time the appliance boots, some of the messages like the IP address are not there anymore. And using the Synology Assistant, you see that the DHCP function isn’t started. The IP addresses are now 169.254.x.y

The Admin password at this time is blank, don’t enter any value. You can change the password later. 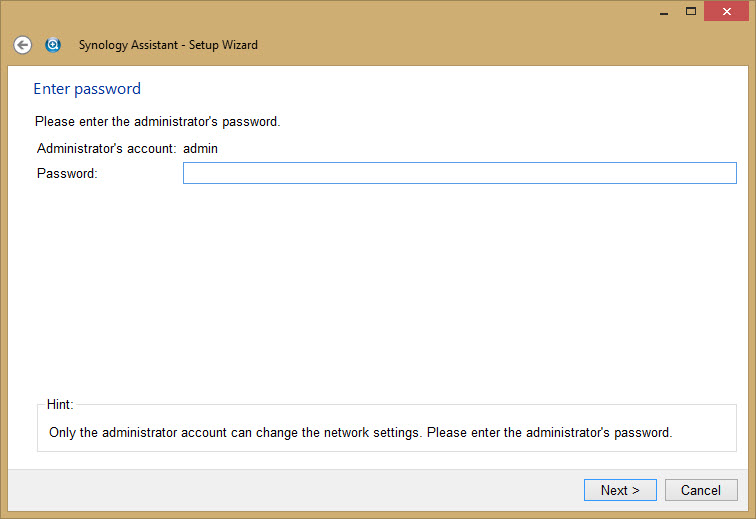 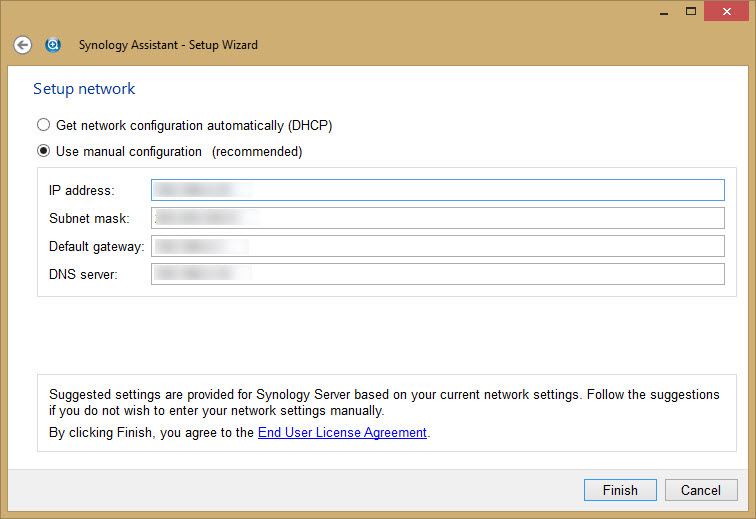 Refreshing the Synology Assistant shows that you have the proper IP address now.

Time to connect to your newly deploy appliance. 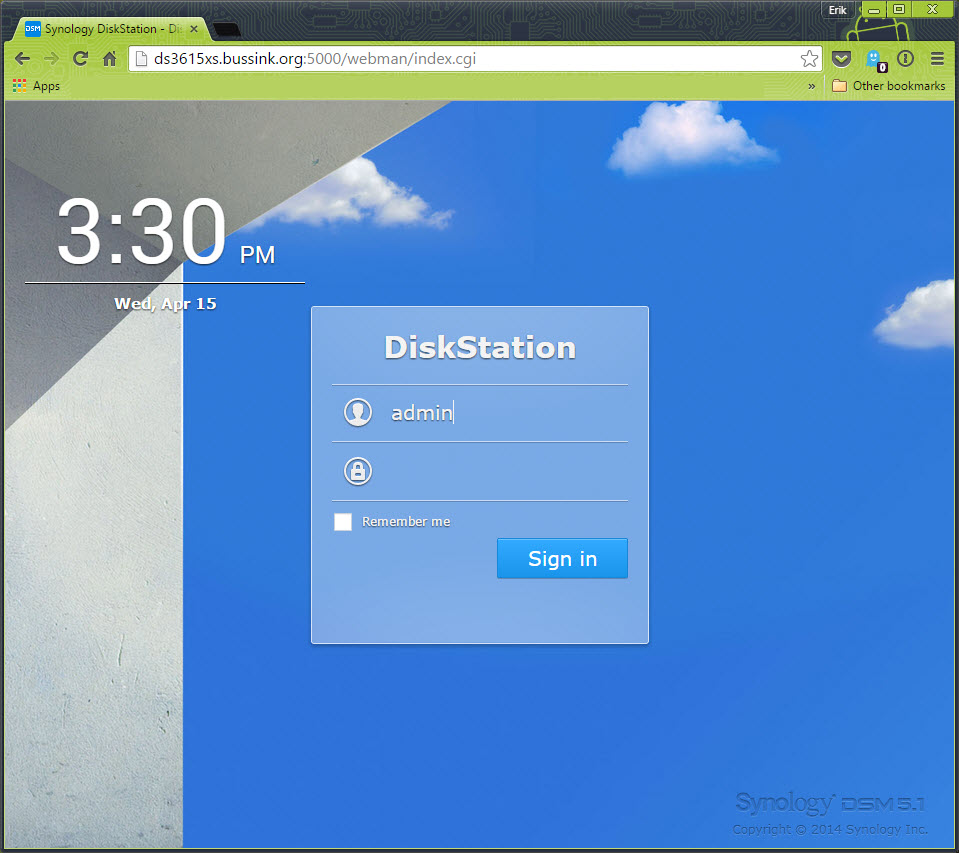 You are now only a few steps away from using your storage appliance. 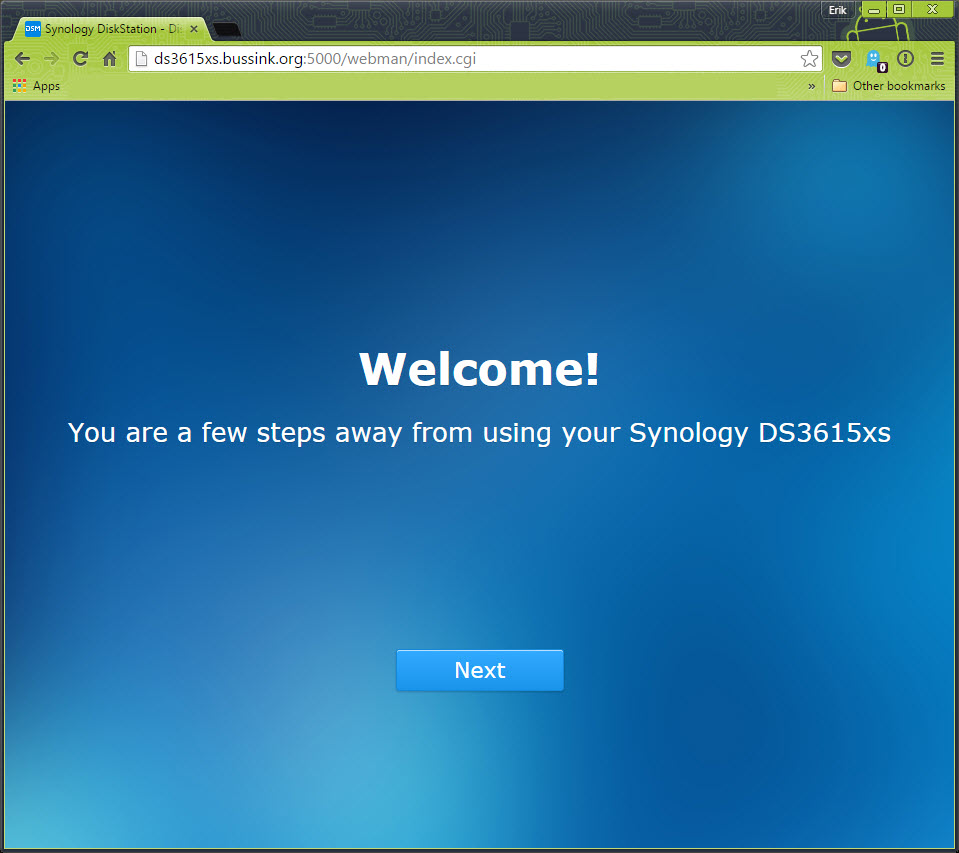 If you intend to use this virtual synology appliance to store data, I recommend you do some conditioning tests first, to see how it reacts in your environment.

I like the flexibility of the virtual synology appliance:

In the coming weeks, I’m looking forward to deploy on my VSAN datastore another storage appliances that can scale out in this distributed storage architecture.

(*) I have found out that while having the virtual synology appliance with 10GbE on the backbone is awesome, yet I ran into upload bandwidth limits trying to upload data. My sources where connected to the core switch over 1GbE links, or the virtual machines being used as a source for testing, has its disk store on 1GbE NFS/iSCSI LUNs. To test the virtual synolgoy I copied large files from various sources.I had three sources pushing out 100-120MB/s, 60-70MB/s and 80-90MB/s of large sequential files to get the 2nd screenshot at the top and see the virtual synology write stats at 220MB/s. 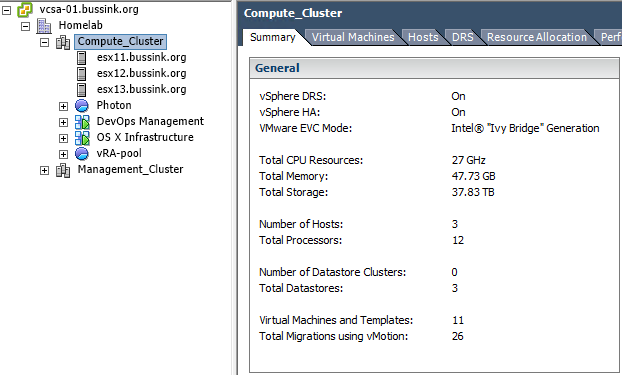 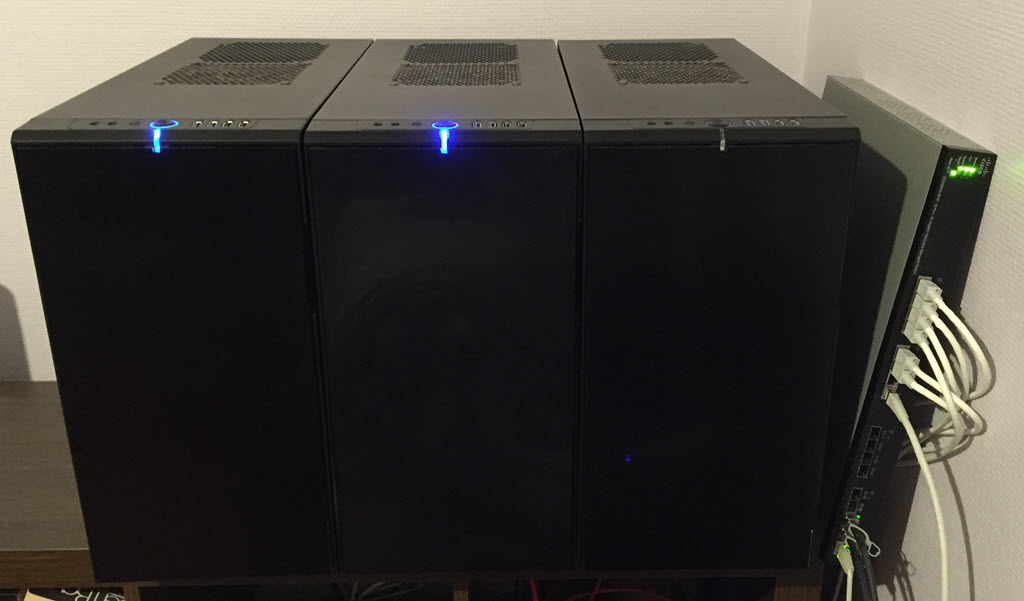 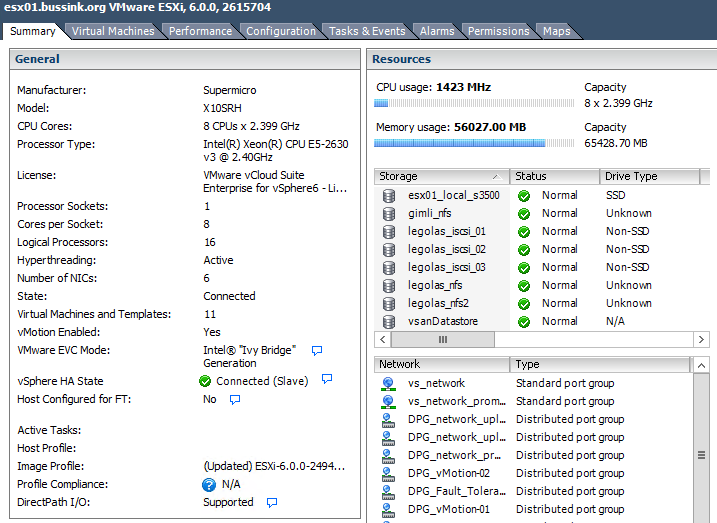 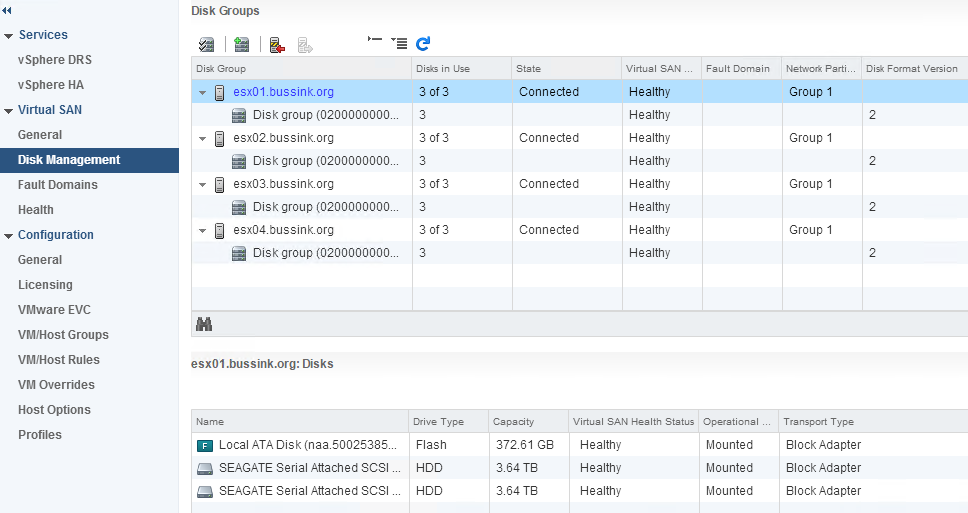 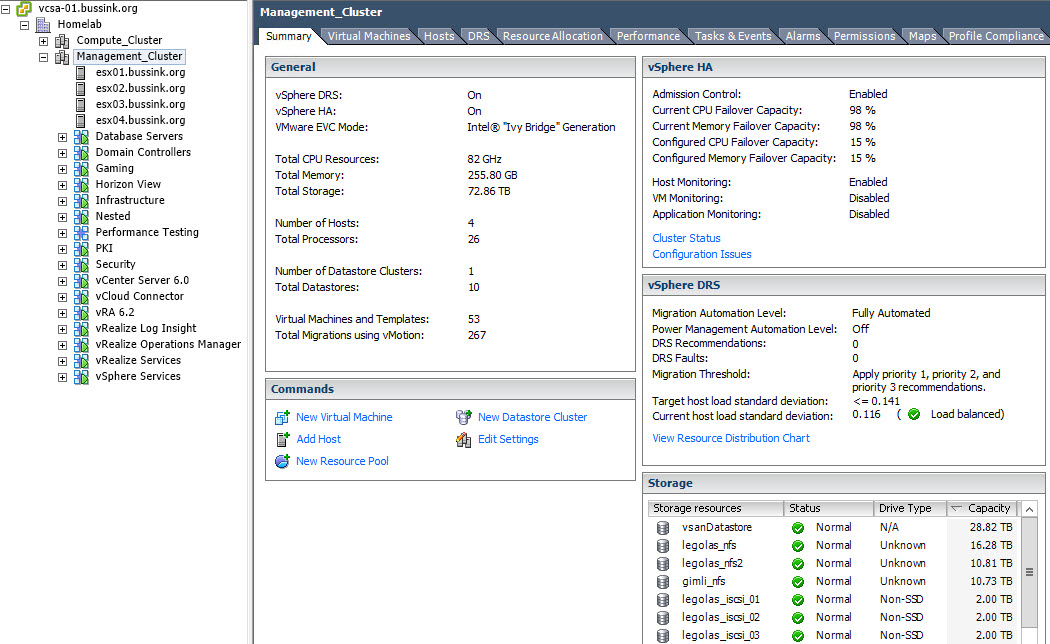 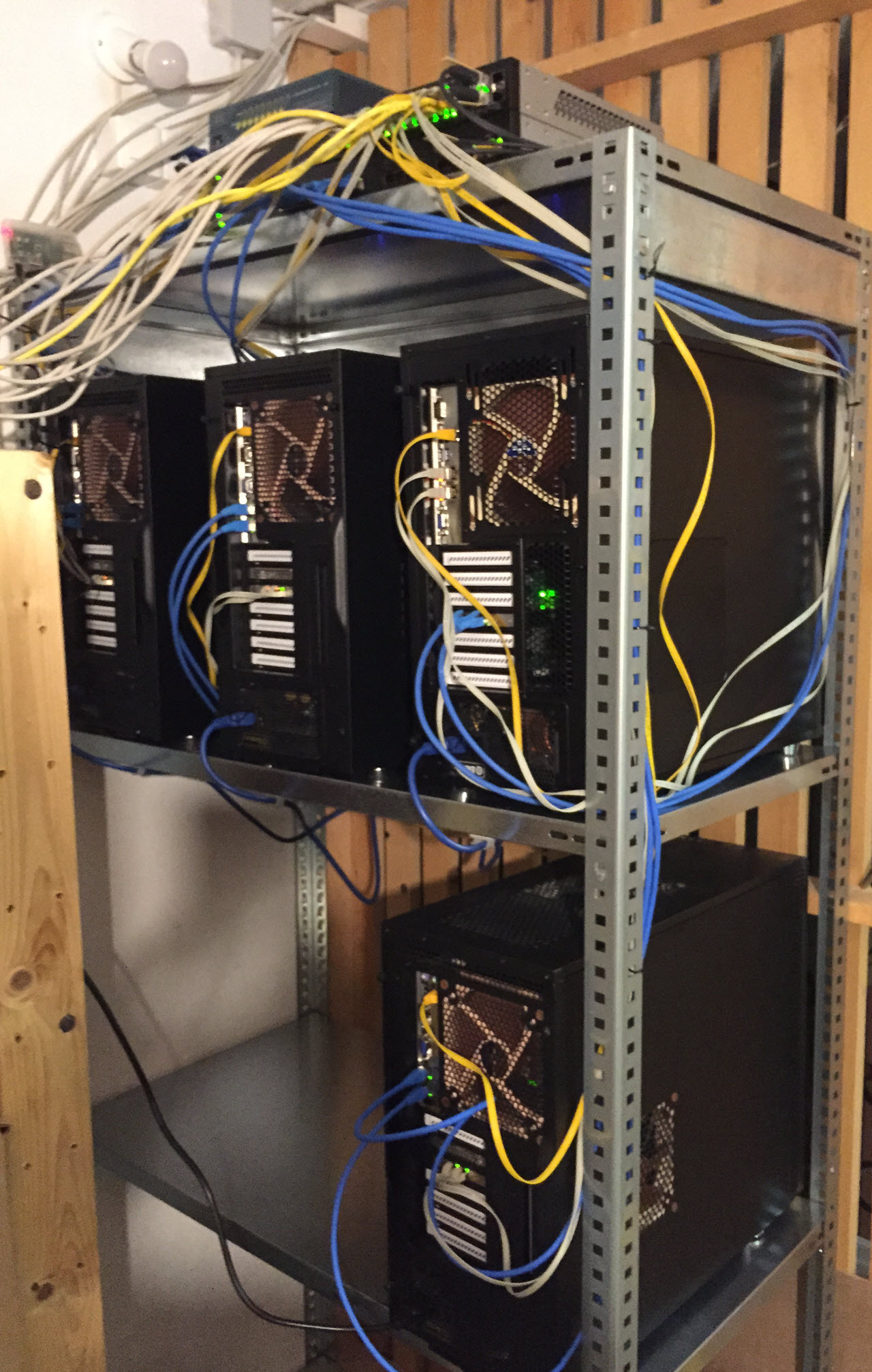 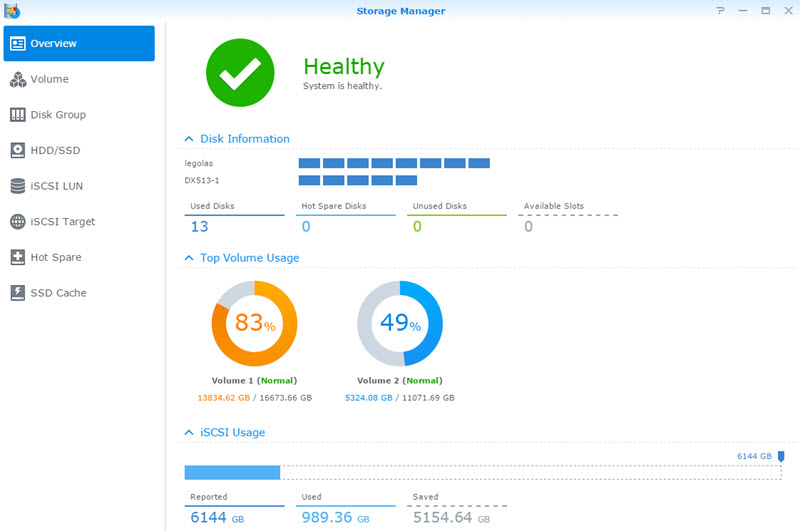 I recently redesigned my network configuration from a single /24 address range to multiple /24 ranges with routing done on my core switch. Part of this change meant shutdown the vSphere cluster, and the storage arrays (Synology) and reassigning new IP addresses and gateways to all of these entities.

When my hosts and my storage arrays had their new IP addresses and I attempted to re-map my NFS volumes to the Synology, I got a strange error message while attempting to mount my NFS volumes. “There are incorrect or missing values below.” 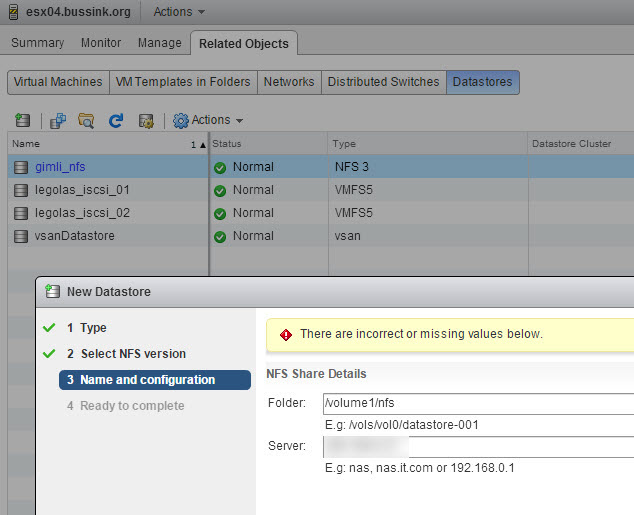 Another error message “Unable to add new NAS, volume with the label X already exists” was given on the ESXi shell when I attempted the same operations using a SSH session directly on my host.

Yet the esxcfg-nas -l command did not return any values.

Well it seems that the old NAS entry is still in the ESXi host, but not listed. To fix this small issue, you need to delete the non-existing NFS mount point and recreate it.

In the next screenshot you see me listing my mount points, attempting to mount a new NFS volume (legolas_nfs), erasing the non-visible entry, and at last adding the new NFS volume.

I hope this can save someone some precious time.